Motto:
“On the occasion of the Congress of Rome in 1936, Le Corbusier described “architectonic walk”
as a means of perceiving architecture. Through the walk, we obtain a feeling from architecture,
and the medium of this feeling is shock.” Petr Rezek, Architectonics and Proto-Architecture,
2009 Since Saturday November the 3rd 2012, a permanent artistic intervention called Trail of
Courage has been open in the Prague suburb Psárny-Dolní Jirčany. The trail, devoted to the issue
of “settlement jumble”, resulted from the creative collaboration of Matěj Al-Ali, Petr Dub and Tomáš Moravec
as part of the project Cultural Acupuncture Treatment for Suburb. CULBURB is organised under
the patronage of the Centre for Contemporary Architecture. The project is intended to activate
the social space of the suburbs of five European cities (Bratislava, Budapest, Ljubljana, Prague
and Vienna) through “acupunctural interventions”.

The Trail of Courage consists of thirteen stops located in accessible areas of the village, and is shaped
according to the classic format of nature trails. However, individual stops do not offer a description of
historical monuments or natural phenomena. They copy the local disposition of a “typical urban satellite”.
Through the publication of quotations from selected texts on theories of contemporary urbanism
and situational analysis, they reflect the development of suburbanisation in the Czech Republic after 1989.

By its form, the trail mediates the confrontation of two virtually separate worlds
– the reality of the village inhabitants and the professional urban theory. 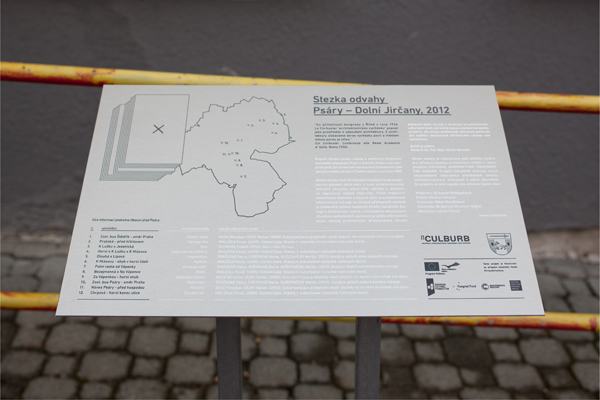 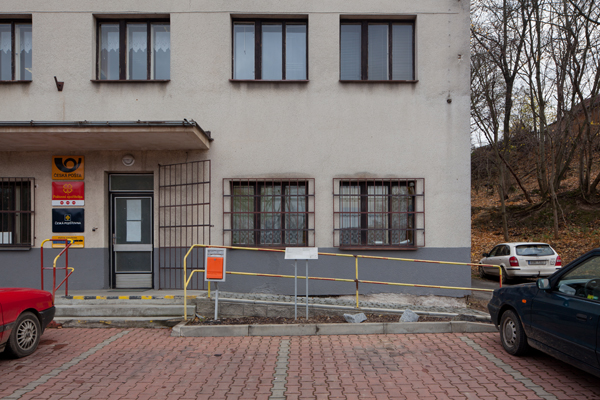 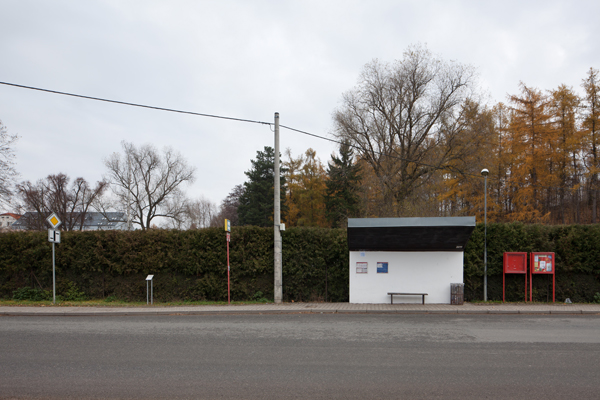 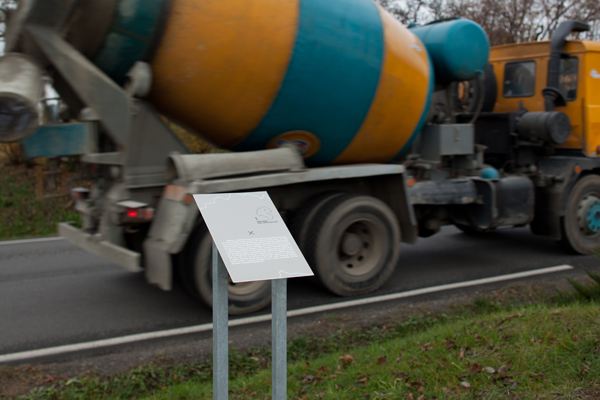 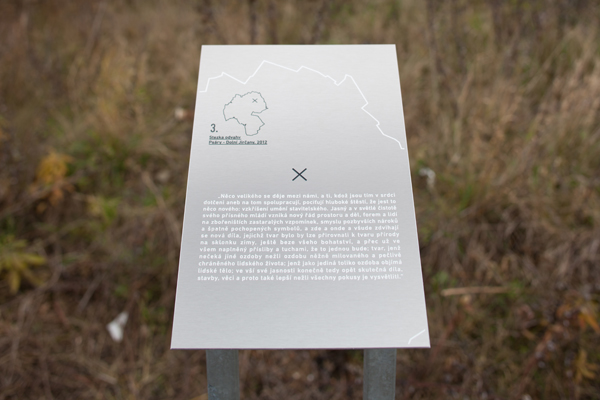 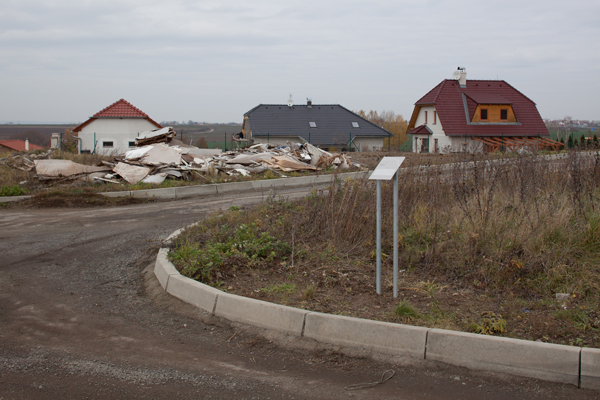 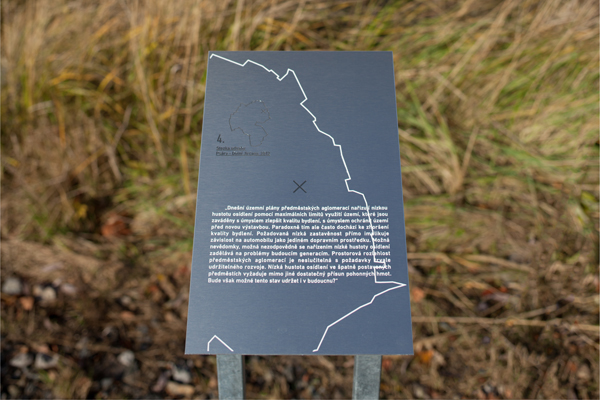 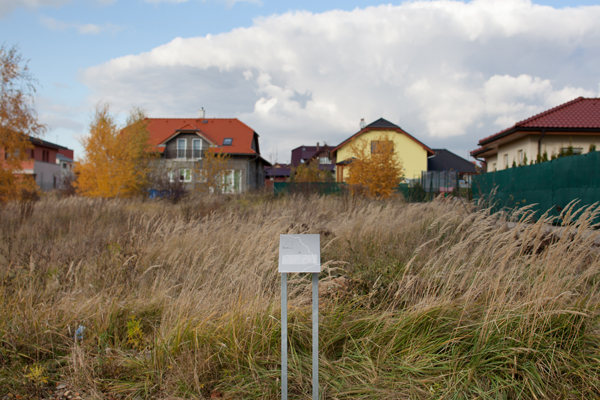 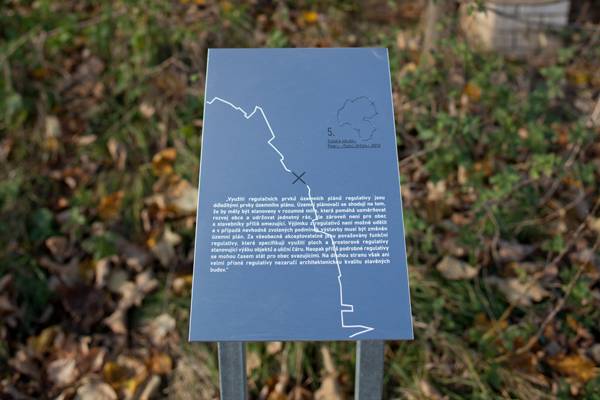 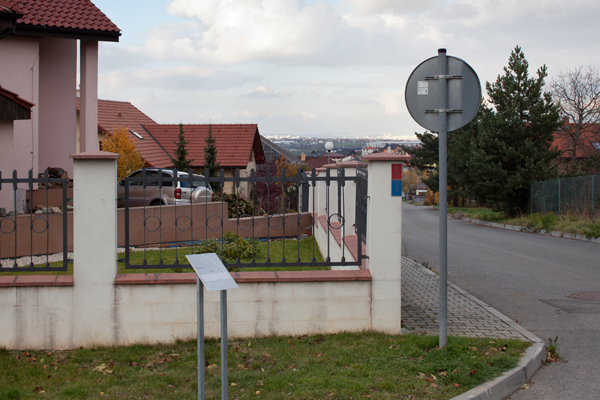 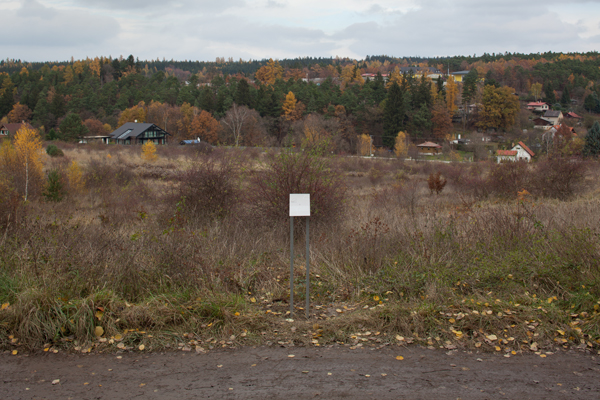 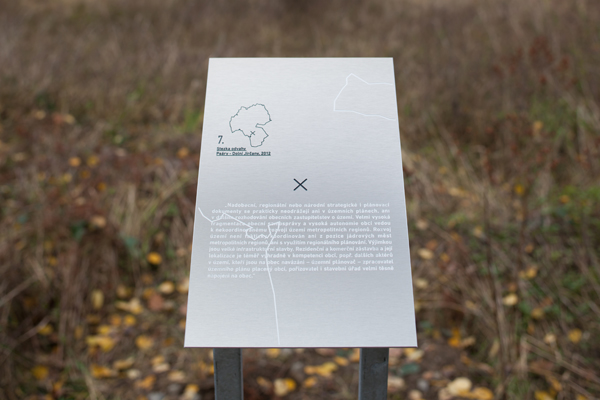 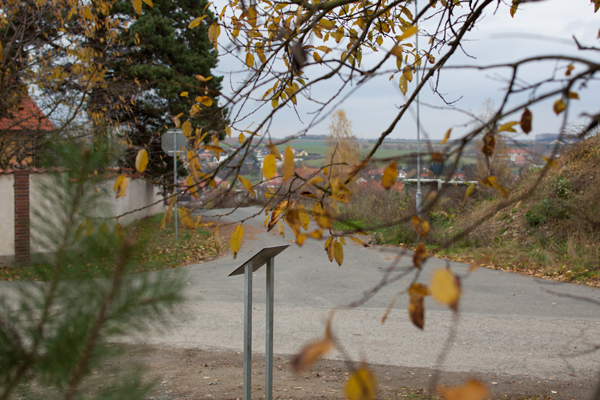 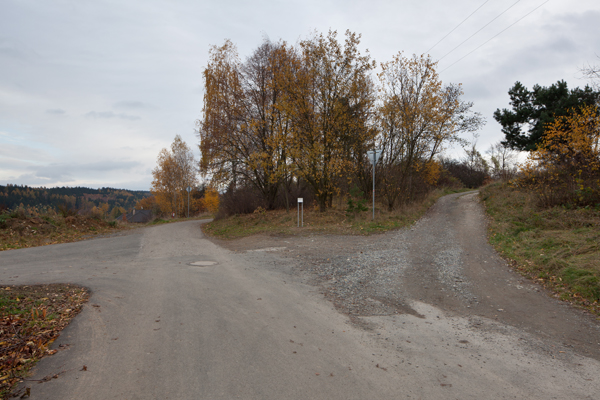 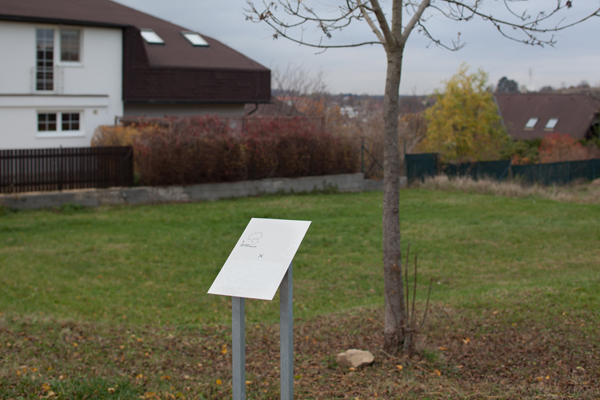 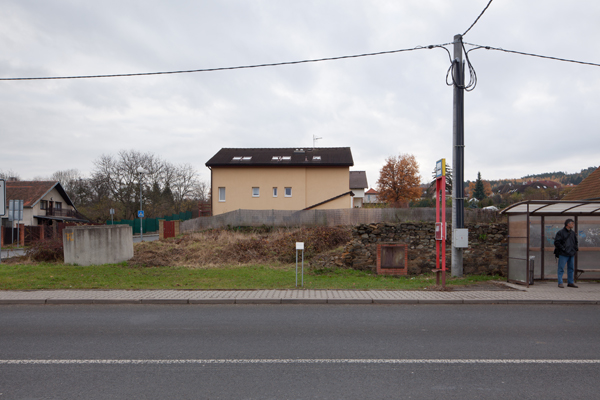 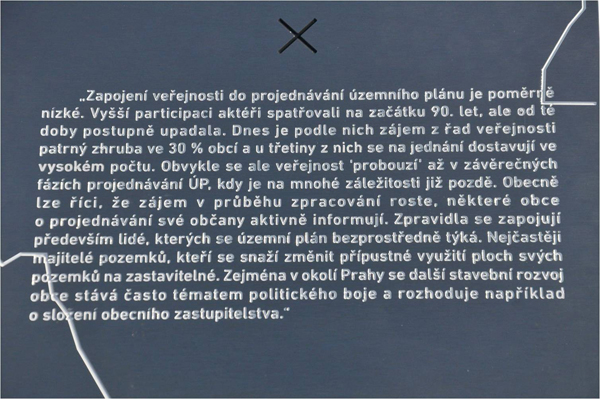 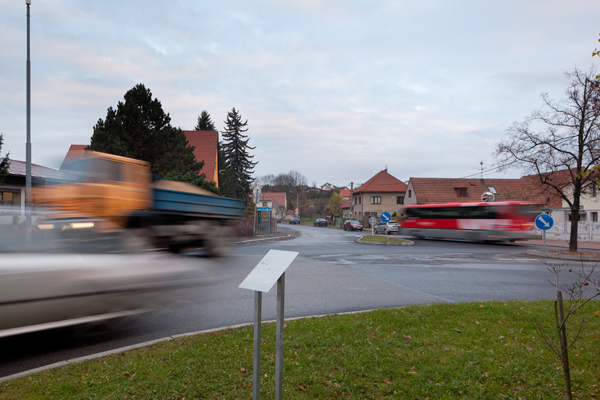 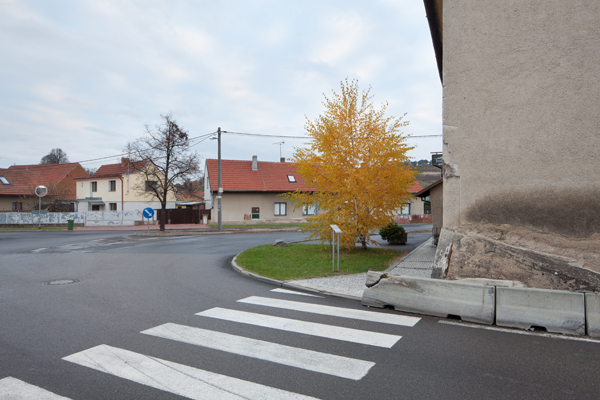 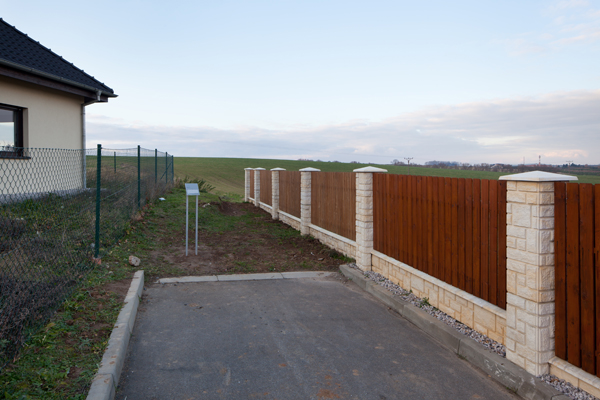